Every action counts! ALUPROF is working for clean air and urging others to do the same 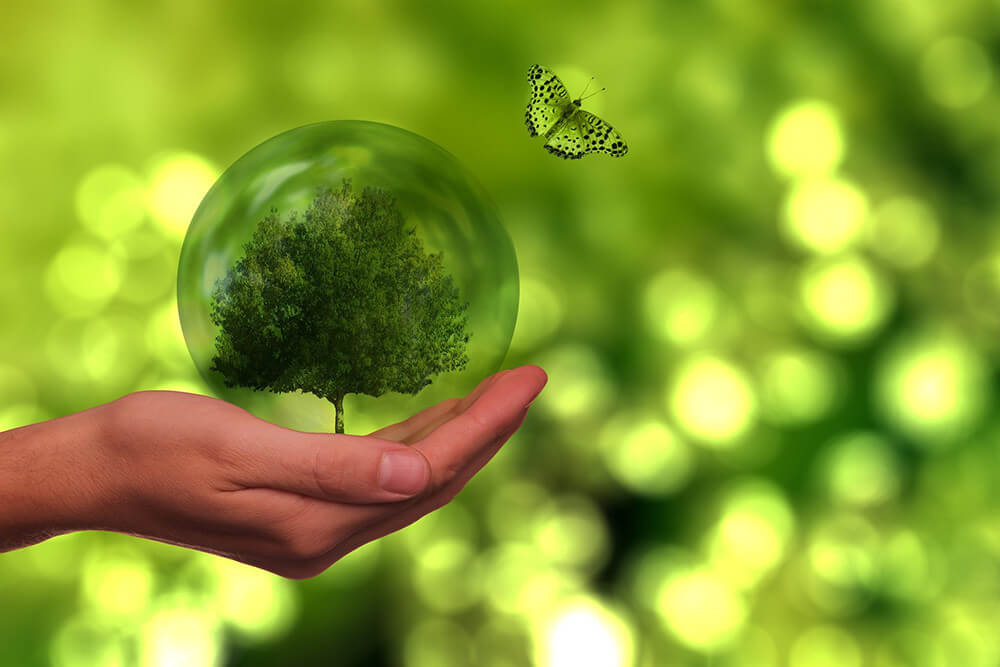 Every autumn and winter, Poland breaks disgraceful records for poor air quality. Smog remains an unsolved problem that poses a threat not only to our health, but even to our lives. More than a decade ago, the ARKA Ecological Foundation established November 14th as Clean Air Day for that very reason. Clean Air Day is intended to raise public awareness of how crucial what we breathe is to us and what we can do nurture the common good.

The foundation’s Clean Air program is designed to help the situation by offering subsidies for the replacement of heating sources and the thermal modernization of single-family homes. Although an investment of this type is often associated with insulating walls, there are numerous elements which contribute to making a thorough job of it. Doors and windows are a vitally important aspect of this. If they are leaky, they can account for up to as much as 30% of energy loss. This is where ALUPROF provides enormous support. For several decades now, this Polish company and leader in the European aluminum joinery sector has been developing and supplying solutions tailored to energy-efficient and passive building. ALUPROF’s products range from systems intended for individual homes to those designed for major commercial properties, a good number of which have not only received green building certificates such as BREEAM, LEED and WELL, but are also promoted around the world as examples of inspiring developments.

An exemplary example of green building

One of the most innovative and environmentally friendly buildings to be constructed this year is Sara Kulturhus, an arts center, conference center and hotel in the Skellefteå Municipality, Sweden. The twenty-story building is constructed in... wood! The other fundamental materials are glass and aluminum. ALUPROF supplied several systems, including the MB-SW55, which was custom-designed by the company’s experts for building the façade. The tailor-made solution was certified by Swedish business association Byggvarubedömningen (Building Material Assessment, BVB) and received a BREEAM SE Gold certificate from the Swedish Green Building Council. The development, which was designed by White Arkitekter, has attracted the interest of experts and media from all over the world. It features in the ‘Build Better Now’ exhibition being held at the United Nations COP26 climate summit in Scotland as a showcase for the most exciting examples of sustainable building from every corner of the globe.

Unfortunately, smog is just one of the current environmental problems we face. Another challenge for the entire world is halting climate change, which is already making itself acutely felt and could lead to disaster in the near future. Hence the multitude of efforts being made both by organizations encouraging people to shift to greener habits and by companies introducing new rules for operating in order to reduce greenhouse gas emissions. ALUPROF is also far from passive in this sphere and is working to reduce its carbon footprint by 15% by 2025 and attain climate neutrality by 2050.

The company is also regularly involved in environmental initiatives which go beyond its primary business profile. One example of this is its collaboration with the ARKA Ecological Foundation on educational programs and campaigns like Green Hands and Plant Oxygen, respectively. ALUPROF’s parent company, Grupa Kęty, is marking its seventieth anniversary, which falls in 2023, through the Plant Oxygen campaign, with its focus on encouraging people to plant trees. The anniversary celebrations are ecological in nature and were launched this year with the start of a mass planting. The target is a thousand trees for every year of Grupa Kęty’s work. That will provide seventy thousand sources of natural air purification sources!

At ALUPROF, we act strategically and for years now, we’ve been launching and running carefully though-through initiatives to ensure that the company becomes more and more environmentally friendly. We never stop working to improve our production and operating models. We take part in ecological campaigns. We encourage the use of bicycles. We’ve replaced 40% of the company’s fleet with hybrid vehicles. And we’ve also taken the decision to only use energy from renewable sources for our production purposes. She went on to make one final point: “We’ve already purchased 14 000 GWh. That’s enough to keep our facilities running for two years.”